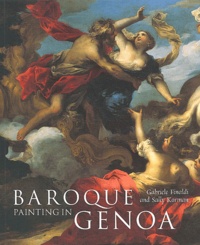 Seventeenth Century Genoa was a fabulously cosmopolitan city with a rich and diverse artistic tradition. Its trade links reached across Europe and Genoas patrician bankers, who came to dominate international finance, decorated sumptuous palazzi and churches. Into the early eighteenth century prosperous and educated patrons vied with one another to commission the most beautiful and lavish altarpieces, paintings and sculptures. Baroque Painting in Genoa features the work of both native-born artists such as Bernardo Strozzi, Valerio Castello and Giovanni Benedetto Castiglione, and those influential outside painters, including Peter Paul Rubens and Anthony van Dyck, who lived and worked in the city. It discusses the circumstances that made Genoa the centre of this remarkable flourishing of the arts, and illustrates in full colour the masterpieces that define this fascinating period of Genoese history.